Questioning the problems of our society to understand them better, offering ways to support young people and help them find their place in society, promoting sport for all, allowing the elite among our young island athletes to live their passion by offering them excellence and highlighting the challenges offered by sport. This is what the Centre du Sport et de la Jeunesse Corse (CSJC), the Corsican sports and youth centre, offers throughout the year as part of its work in popular education.

To do so, we rely on technical and pedagogical skills in the following areas:
Books and reading; drama; arts and folk traditions; plastic arts; dance; image and sound; music; written and oral expression; Corsican language and culture; economic and legal sciences; applied human sciences; scientific and technical activities; communication sciences and techniques; youth. 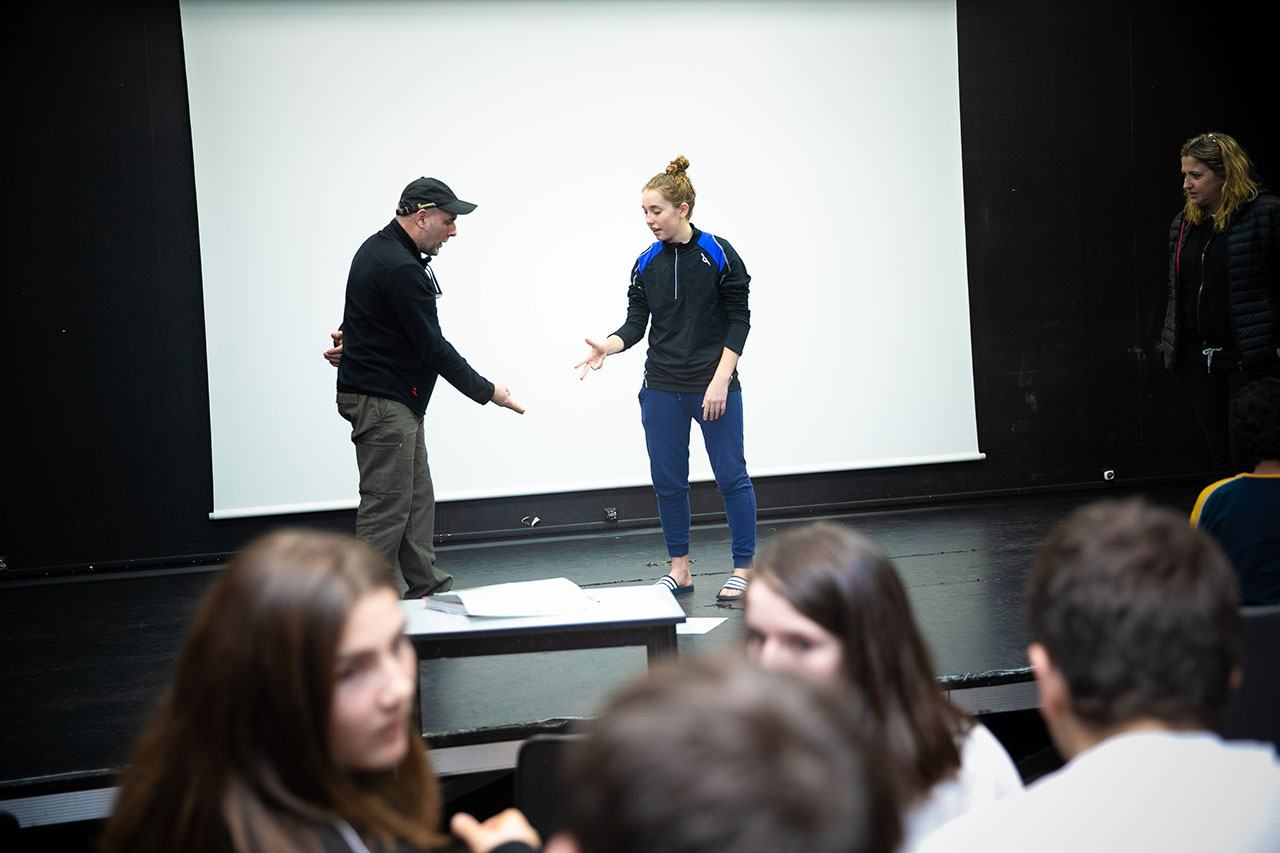 In Corsica, the major popular education federations have a limited presence. As far as the actors from the secular republican movement are concerned, there are the two FALEPs (2a and 2b) who are members of the inescapable "Ligue de l'enseignement". Many associations are members of these two federations, characterised (particularly in South Corsica) by a highly social commitment, which is not necessarily the case at the national level (more oriented towards the educational aspect).

There is also a small CEMEA (Centre d'Entraînement aux Méthodes d'Education Active) representation in Bastia, which mainly deals with BAFA/BAFD training. The CCAS, which has a strong presence, also has a history of popular education objectives. Finally, there are a few holiday centres managed by the Leo Lagrange Foundation.

Also, with regard to the major federations, it should be noted that, although the Scouts and the Scouts of France were present after the war and until the 1980s, the region now only welcomes groups from the continent or abroad. Some groups regularly try to reinvent themselves, but it seems unsuccessful.

Some actors claim to be part of the great tradition of popular education, without necessarily being affiliated to any federation: the most important and best known of them, the ARIA association established in 1997 by Robin Renucci has been carrying out large-scale activities in Haute-Balagne for 20 years, mainly around the theatre.

Finally, and on the margins of those who have traditionally been involved in the movements and trends that traditionally claim to be part of popular education, it should be noted that many of the stakeholders use methods, have objectives or propose actions that could perfectly fit into a popular education project: cine-clubs, theatre companies, neighbourhood associations and so on.

Popular education at the CSJC

It is important to note that popular education has always been present in CREPS. The "EP" of the acronym precisely meaning "Popular Education" and not "Physical Education". This is easily understandable when one knows that CREPS were national establishments reflecting the organisation of the ministry, but it is not well known and is poorly understood at the local level. At the CREPS in Corsica, two popular education and youth counsellors were in post. When the CSJC was created in 2010, the popular education dimension was reaffirmed in the development paths then defined.

Until 2017, the question of popular education, at the heart of fostering good citizenship, was a cross-sector issue at the CSJC. The establishment is positioned as an "educational contributor" in the region, based on an approach to education built upon the values and methods of popular education.

Whatever the audience concerned (internal athletes, interns in training or on placements, the general public, the disabled public, partners), and whatever the activities carried out, the objectives are always to seek to develop the "power to act" of these audiences, to develop their autonomy and responsibility, to "clarify" the social relationships that society presents to us as irreplaceable, to question perceptions, and to recognise the value of each other's experience.

At the CSJC, cultural and artistic practices, because they help to metaphorise social relationships and develop symbolic vocabulary, are widely used. But they are not the only vector.
Confrontation with others, or even conflict (when understood as positive, necessary and constructive), and the use of symbolic materials are at the centre of all actions and constitute the means of collective transformations: these are the active methods we use in training used at the CSJC, in European exchanges and in welcoming groups of young people, and as a tool for regulating the way we live together. These methods can be applied through multiple forms of intervention. Several training sessions on popular education tools and methods were held at the CSJC for the benefit of partner associations and institutions. This pedagogical expertise is one of the establishment's assets
The question of language is also fundamental. It is a question of both "making people important by the words they say" (Albert Jacquard), of relying on their experience, the expertise of their own practice, and therefore of "giving them the floor" the most often and under the best conditions, as well as promoting the mastery of it.
Finally and in all situations, co-construction, horizontal learning and cooperation are sought.
"No one educates others, and no one educates himself alone: men educate themselves together through the world. " (Paulo Freire).
NB: we are strongly motivated to promote the diversity of our audience at the CSJC: since the law passed in the city on 13 July 1991, diversity* has been considered as a means of reducing exclusion. Beyond the strict point of view of urban policy, offering activities to a variety of audiences is a relevant way of promoting social cohesion and solidarity and allows everyone to confront the "world" in all its richness and diversity. *The 1991 law refers to social diversity, but the promotion of intergenerational diversity or inclusion involving both the disabled and the non-disabled also contributes to the development of a fairer society.

Actions taken at the CSJC

Conferences, conference/debates, conference/training sessions on social topics.
Internships, experiments: (VARAN Workshops, Mettez vous à table (Take your place at the table), Hybrid(s), Various co-productions)
Workshops and experiments carried out during integration actions: Objekt, Microcosm-Trans-Experiment, Roman fleuve interlope (a novel cycle), "Comment certains vivent" (How some people live) 1 and 2...
Event-based around on books and reading: activities carried out in partnership with the FALEP departmental library (a "read and have read" scheme), Writing workshops.
European stays, welcoming groups of young people, training, the life of interns: use of informal education methods, non-violent communication, experiential learning, working together.
In digital terms: in the face of the challenges, clarity is a major point here, as is that of the development of critical thinking. The creation of the "24h du Lan" as well as the Fab Lab in Ajaccio are in line with this.
Finally, sports activities and those involving the body are excellent tools for popular education. The development of "Sport for All", and the issue of accessibility of sports and leisure, health and well-being are an integral part of the establishment's popular education activities.